The Fired / Not Fired Principle

Saw Gary Vaynerchuk speak this week at SalesLoft’s #rainmaker conference. Gary Vee is gregarious, and we have similar interests in sincerity and swearing. The conference was blessed with thousands of copies of his new book #AskGaryVee. My evening reading was interrupted by my angst at one section.

Q: How long is too long for a fiscally responsible entrepreneur to stay in a safe full-time job? At what point do you have to accept it’s not going to happen? Is it every too late to start?

Inclined to disagree. Two facts I am certain of:

Entrepreneurship is not as narrow as founding and selling businesses. There are plenty of innovators and entrepreneurial practitioners working at startups. They operate under lesser risk to help others realize their passion and dreams for a smaller equity stake. Even between their own ventures founders join or invest in other companies.

I would advocate a different strategy to the worried entrepreneur. Try out the Fired / Not Fired Principle™ It is simple:

Always do the most important thing for your business and never ask for permission. If you don’t get fired, you win.

If you do get fired you still win. You inevitably learn something valuable, and it will make you a lot less complacent. Maybe your company has the wrong direction. Maybe you need to leave because there is not enough room for growth. Maybe you took some shitty advice from some millennial nitwit on the Internet. Regardless. The Fired / Not Fired Principle™ is how to keep your entrepreneurial edge at a company where you are not a co-founder, CEO, president, or vaguely important titled person.

People over-analyze and inflate the risk involved. Entrepreneurs value innovation, creativity, ownership, and results. Generally we entrepreneurs are reasonably forgiving. You can make pretty big mistakes as long as you own it and back it up with results shortly thereafter. My second week at SalesLoft I was working out a bug with our real-time reply tracker. Testing was not going well when I had an unfortunate exchange with our CEO Kyle Porter. He was very gracious. I was not fired.

Back in July 2015, SalesLoft was making our big, bold office move from the Atlanta Tech Village to the building immediately next door. There were some aspects of the move that were looking less promising. In my consulting days I worked with a lot companies that haphazardly setup their own office network. The Internet and WiFi was always shit.

As it turns out the Internet plays a pretty big part in the day to day operations of a SaaS company. You fuck that up, and it’ll be shit. The salespeople cannot make calls, the engineers cannot ship code, and management simply cannot.

A sane employee may inquire or suggest that somebody look at that. Useless. SalesLoft has a core value of Self Starting. We like to hire current, recovering, and prospective entrepreneurs. Instead of inquiring and asking permission I went AWOL for a bit.

I collected data about the chipsets of all our wireless devices. I weasled my way into network closet at the new office and noted all the current equipment. I talked to the people that currently worked in that office about how well their network worked — it didn’t work well. I researched which vendors had the best tech specs for access points. Hardware tech specs from vendors are largely bullshit. So I also dug around to find which vendors people were calling bullshit on. I called the vendor and got setup with a hardware trial for all the equipment. Once it arrived I setup that equipment at the new office. 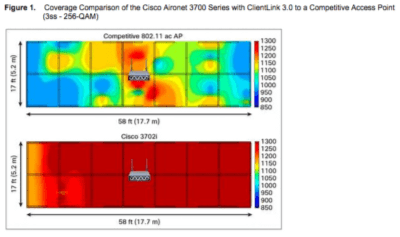 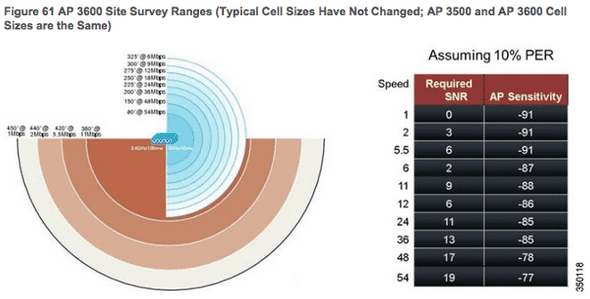 The net effect was when everyone moved in we had a network that was setup and worked great*. That meant despite not being the empowered decision maker mattered very little. The decision was now between a working network versus the possibility of breaking everything. Pretty easy choice. Our COO, Rob Forman, believes in a results only work environment. Thank goodness. I was awarded a pair of the elusive and coveted SalesLoft socks for neglecting my job responsibilities instead of being dropkicked from the roof.

Bottom line: stay intentional with your work every day. Focus on the essential and blow off the rest.

*This is a bit of lie. AT&T still completely screwed up the fiber install. Everything was briefly shit anyways, but that felt like it detracted from the narrative. We now have redundant fiber connections from different ISPs. Lesson learned.

CEO at Deft and caremad about software.